Join Date: May 2004
Location: NEPA
Posts: 2,112
Mentioned: 0 Post(s)
Tagged: 0 Thread(s)
Quoted: 0 Post(s)
Concept pictures of the Charger and Camaro... (56K WARNING)
Since there isn't much posting going on and most of the Mustang stuff goes on the main site i figured i'd post a few "competition" pictures here for everyone to look at and comment on.
The first is the supposed 2005 Camaro Concept car. I doubt it will ever really look like this but i do have to say that as much as i don't like camaros i think this car looks absolutely sick. 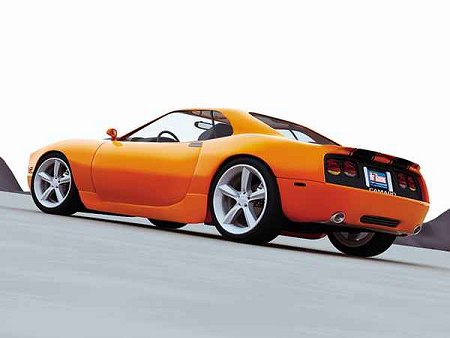 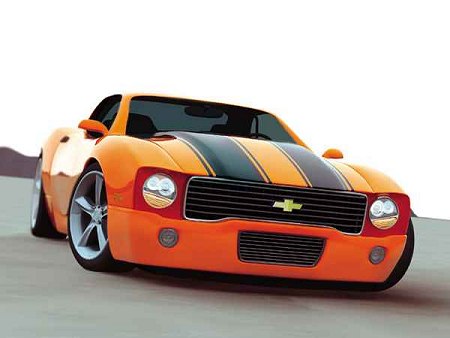 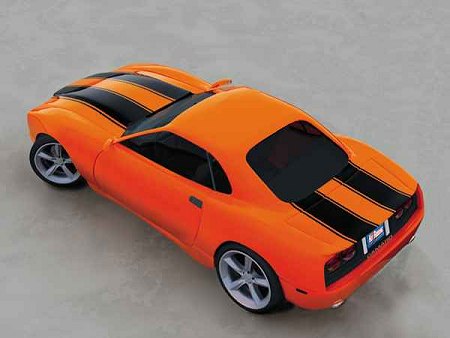 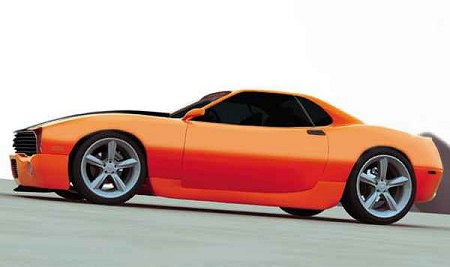 The second is of the 2006 Dodge Charger concept car. The second picture you see is of Dodge's actual Charger concept car, and all of the others look to be digital (photoshop) representations of what the car could also look like. It's very similar to the new Magnum they just came out with, but IMHO this looks better then the Magnum.
Take a look and post your comments!!! 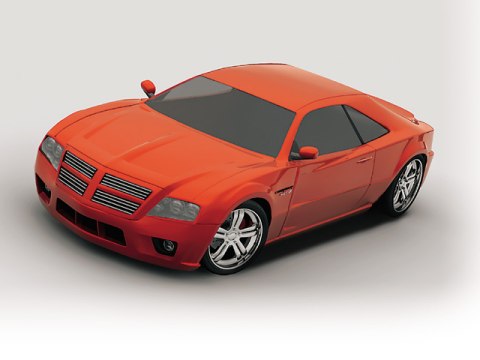 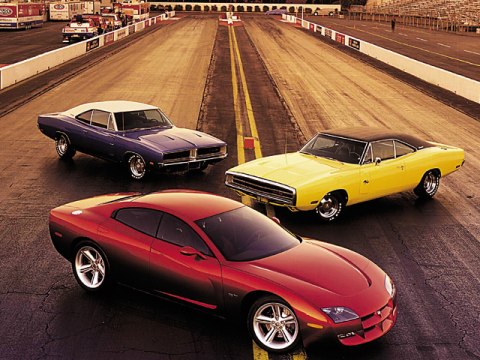 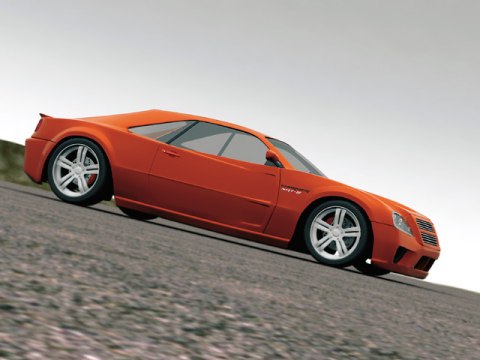 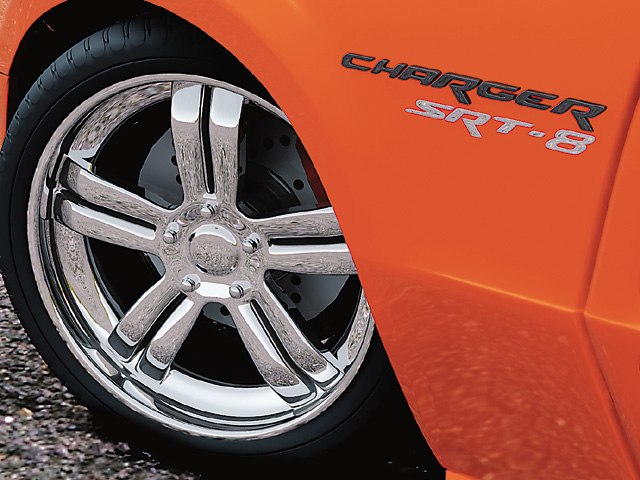 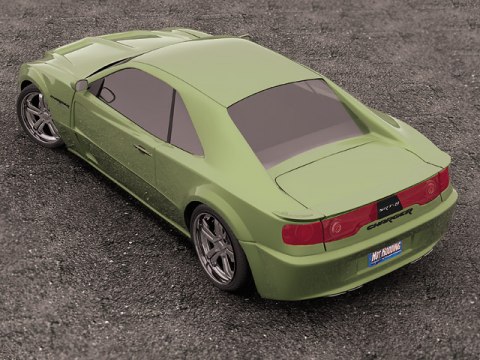 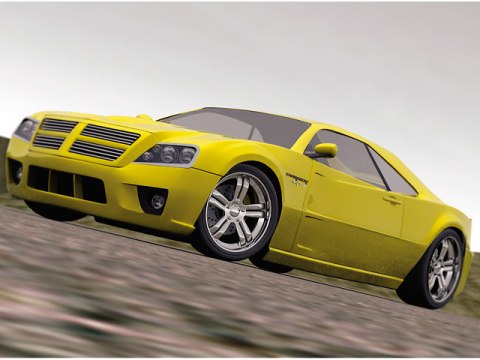 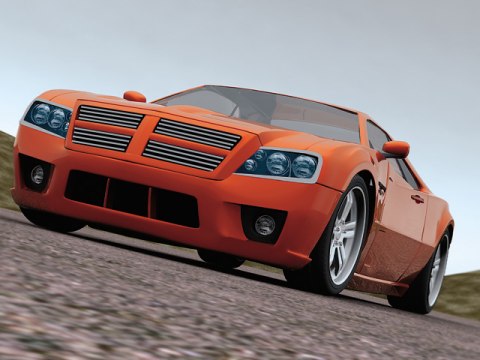 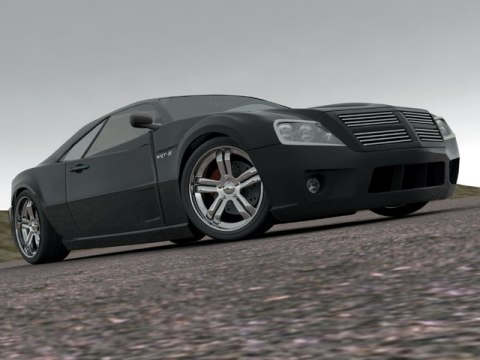 
Join Date: Jun 2004
Posts: 4
Mentioned: 0 Post(s)
Tagged: 0 Thread(s)
Quoted: 0 Post(s)
Retro Look
All in all I don't find them ugly, but the Camaro looks stupid. That concept appears to overdo the retro look. Either way its too bad Chevy doesn't bring back the Camaro. I miss meeting them on the boulevard.

Dodge really seems in a good position to bring back the Charger with a V-8. Hope they do. A hemi Charger would be fun to see on the street.

LOL
Actually i've read about that not too long ago and it turns out to be an artist redition of what the camaro "could" look like. So in all reality it's total bull. Either way it's something cool to look at.


Posts: n/a
Mentioned: Post(s)
Tagged: Thread(s)
Quoted: Post(s)
to the comment that says that the camero is a ford wannabe this camero concept rendering was made before the ugly new mustang even came out was thought of...so its ford thats copying this 19yr old kids ideas not him copying ford..that new mustang are so freaking ugly its not even funny...i rather be seen in a pacer then a new mustang...and personally i think that camero looks awesome...though it wouldnt look exactly like that they would prolly have to make it a tad longer and not as retro looking in order to come out to public but sence gm has cancled all 2007 RW cars its not comming out or behing thought of anytime soon...though there is rummers of the buick GNX makin a return....with a all new buick twin turboed v6
Quote Quick Reply
post #6 of 10 Old 05-26-2005, 02:34 PM
Guest


Posts: n/a
Mentioned: Post(s)
Tagged: Thread(s)
Quoted: Post(s)
I've heard the rumors of the next gen gnx's coming out but personally i've seen no real proof of that and i believe its just that a big rumor.
Even so, lets assume buick decides to make a new version of the grand national. Do you really think it will be anything like the original? I'd be willing to bet that if it did come out buick would turn it into some highly overpriced cavalier look alike like the gto. Then to top that i doubt they'd even put a turbo setup in it anyway, more likely it'll be some 200hp v6 n/a motor instead. Basically it will be much like what ford did to the cougar.
Quote Quick Reply
post #7 of 10 Old 05-26-2005, 05:48 PM
Mustang Maniac


Join Date: Sep 2004
Posts: 91
Mentioned: 0 Post(s)
Tagged: 0 Thread(s)
Quoted: 0 Post(s)
I doubt any revival of the GNX in Buick's future. The brand is wasted though...so there is a chance they'll resort to that in order to make some money. But I believe that even if they do revive the car, it'll be a horrible, overpriced hunk of junk that sends out "Cobalt" vibes. And the thing about the kid being copied by Ford is pretty funny. I did some quick research and found that the 19 year old guy who made those images did so during the first three months of 2003. Now, the concept version of the Mustang was released (keyword: RELEASED) in the beginning of January at the Detroit Auto Show. hmm...I wonder where that kid possibly got that retro-Camaro thing from? Adding to that, Ford obviously thought of that retro idea long before it was released to the public...so NO!! Ford did no copying off of that kid. Know the facts first.
Mustang Maniac is offline
Quote Quick Reply
post #8 of 10 Old 01-11-2006, 01:36 PM
Guest


Join Date: May 2004
Location: NEPA
Posts: 2,112
Mentioned: 0 Post(s)
Tagged: 0 Thread(s)
Quoted: 0 Post(s)
LOL, yea i'm pretty sure GM will be in business in '07 and a long time into the future. Regardless of how badly their cars might sell they'll be around because the government would bail them out if they really needed it as the loss of GM would mean a huge number of americans losing their jobs.